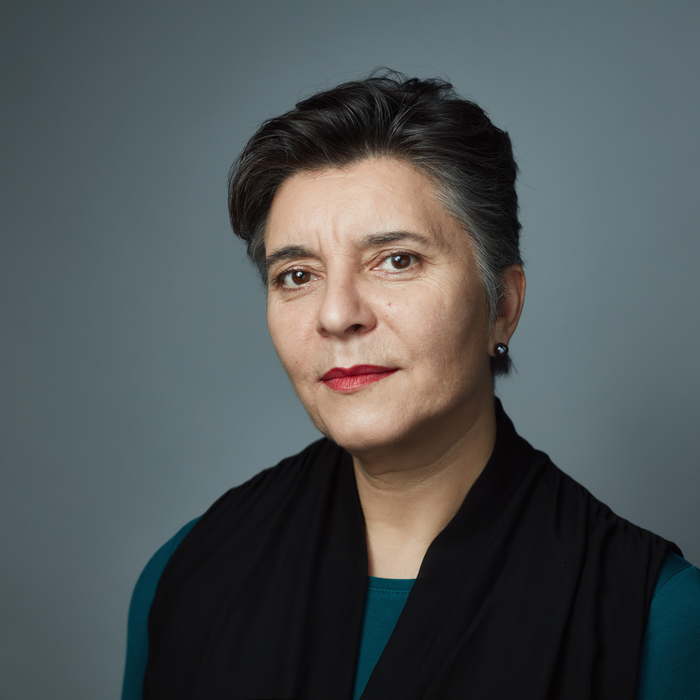 Sarah Williams was announced as CEO of the newly independent IMPEL in April this year. A music and entertainment lawyer - with a career spanning law, politics, conflict resolution and the non-profit sector - Williams runs her own legal and business affairs consultancy, Big Picture Legal.

She has worked in the music and entertainment field since 1992 when, at the height of the Acid House/Techno/House revolution, she started advising a number of dance labels. Since then, Williams has represented an eclectic range of clients including artists, creators, labels, publishers, promoters, distributors, film and TV production companies, as well as other media businesses within the creative industries.

We sat down with Sarah to find out more about her career to date and to get her take on the publishing sector and our independent community.

Give us an idea of your background. What do you consider the standout moments of your career to date?
I'm an independent music lawyer who has taken a rather unusual career path. I started as a criminal defence barrister and was actually junior defence counsel in a murder trial at the Old Bailey once. Hopefully, those skills won't be needed at IMPEL!

I moved to California and lived amongst musicians for a year and it was then that I decided to move into the music industry. I returned to the UK, started my own practice in Birmingham and was successful enough to be able to expand into Manchester a few years later and then finally to London.

It was at a time when you could count the number of music lawyers outside of London on one hand and still have fingers to spare, so it was important to be resourceful and self-reliant. That was especially the case for me, since I found myself in the middle of the somewhat anarchic acid house, techno and garage scene. It was an exciting time as indies were flourishing and anyone with a van was a distributor. I remember doing all the legals for the first club dance mix compilation called "Rennaisance". I have a credit on the record as "MC Law". It was a massive amount of work, liaising with DJs Sasha and John Digweed, during the mixing process. As they mixed, I cleared tracks, having to explain the concept to any reluctant licensors along the way. The results of that project were amazing, and I still listen to that record when I want to energise myself. I also got paid a royalty rather than a fee and so did pretty well out of it!

People don't just want lawyers to advise them on the law or the mechanics and interpretation of a contract, they look for someone who can help guide them through important moments in their career, and for that you need a good working knowledge of how their world works - the interplay of business, politics, human relationships... I think my life and career choices have given me that kind of breadth. I've always been interested in the wider world and have taken time out of my career to study. On top of that, I was a local counsellor in my home town for eight years, have been involved in various community projects and am a certified mediator. Most recently, I became involved in a very exciting project called Palestine Music Expo, which joins the dots of my various interests and passions and is very fulfilling. So, there have been many highlights of my career to date, and hopefully, many more to come.

What made you want to take the IMPEL role?
That's an easy one. As the only licensing body owned by independent publishers for the benefit of independent publishers, IMPEL is one of the most exciting organisations in the music industry. It has unlimited potential and I want to be a part of its success story. IMPEL's independent ethos is something to which I can completely relate and I like the fact that, although IMPEL members are companies, it is actually a people organisation. Behind independent publishers are interesting, creative and resourceful people - people who are used to taking responsibility and making decisions. This makes for a stimulating environment in which to contribute and thrive. So, naturally, I leaped at the opportunity become IMPEL's CEO.

What do you hope to achieve at IMPEL? What are the plans for the immediate future?
My vision is to support the success of our members by being their strategic partner in the digital sector. Not only will we bring in more money from new and better deals as efficiently and transparently as possible, we will help members understand and connect with DSPs by giving them more information and support. To get the most from the digital exploitation of our rights, we have to look under the hood of the industry to see what is happening. Since we are negotiating many of our own deals, we are communicating directly with the most important DSPs. The information that comes from IMPEL forging those relationships then translates to members being able to engage better in the digital sphere; to pinpoint their marketing strategy; to understand which kind of writer gets traction on which kind of service, in which territories etc. We are working very closely with our partners SACEM on this and can see great scope for delivering unique value to our members. I visited SACEM this week and was really impressed by how committed their team are to IMPEL and how much IMPEL repertoire is appreciated and enjoyed in Paris!

In terms of the immediate future, we are looking to expand into new territories such as Latin America and China, to grow our membership and to work hard with SACEM on continuing to enhance the flow of information and royalties.

What do you make of the music publishing sector as it stands today?
The publishing sector is still the space, above all others, where belief and loyalty thrive. I've worked for many publishers over the years (majors included) and all of them are full of great people who really care about music. Publishers take the long view and are really invested in their writers. However, the arrival of digital has presented technical and business challenges that have made it harder for smaller publishers to compete, at least in the short term. Since, in my view, the indies drive creative innovation, this has been problematic for the health of the industry as a whole. However, I believe that IMPEL will give a much-needed a boost to independent music publishers which, in turn, will invigorate the sector. Moreover, I believe that, since our focus on data quality is going to benefit writers too, publishers who are IMPEL members will have a strategic advantage when it comes to deal-making. Our goal is that writers and their managers will actively look to sign with publishers who are IMPEL members because they know it means greater royalties. In this way, I believe that IMPEL is going to be important to music publishing and to music as a whole.